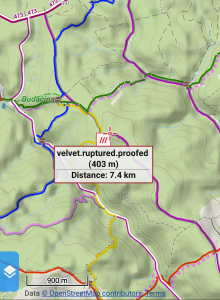 Imagine every place on Earth has its own simple address. Any torn hut in the middle of a desert, a lonely yurt hidden in plains of Mongolian steppe. It’s already been settled in developed societies – every house has its number, it stands in a street with some name in a town or village that is named as well. But what about the remaining 4 billion people who don’t have an address? With growing population and need to transport more and more people and goods from one place to another even our “civilized” system becomes inefficient and confusing. You might add that each place on Earth has it coordinates, latitude and longitude. Yes, it does, but would you dare to remember such coordinates? Or even dictate them to a taxi driver on the phone?

An elegant solution is offered by what3words. Young, ambitious and above all ridiculously smart project of a London startup, lead by a former music band (!!) manager Chris Sheldrick. In his former job, all the time he tackled problems with suppliers who couldn’t find the service entrances to concert halls, stadiums etc., musicians who couldn’t get to the place of their gig on time because they got lost on the way from the hotel… GPS didn’t solve the issues, it’s too technical and complicated, what’s more, in cities with high rise buildings there was problem with GPS accuracy. And so the main idea was born – realized later in 2013 in cooperation with other founders of the what3words team – genial mathematician Mohan Ganesalingam and linguist and quiz freak Jack Waley-Cohen. A short introduction to all the possibilities word3word may provide can be seen in this video:

As it goes with genial projects, the principle of what3words is quite simple – the whole surface of the Earth is divided to a network of 3×3 metres squares. Each square is defined by a unique combination of three words. In several World languages and the number is still growing. And that’s all folks. At least on the user side. You need only one – an app  that can search the three word address location on a map. Or the other way round, it assigns some place the address from database.

Locus has recently become one of such apps. 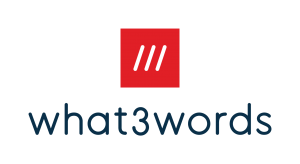 1) shift the map cursor to the place you want to know what3words address of. For instance, this picnic site: 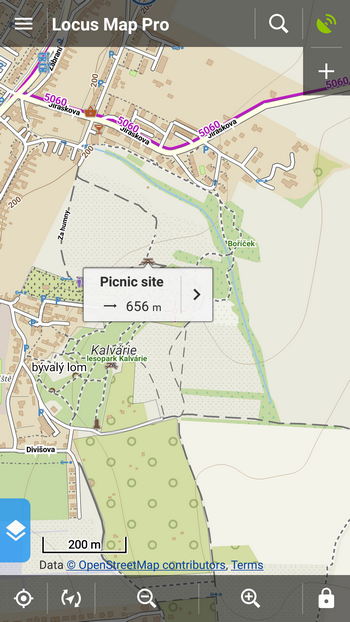 2) tap Share (in default settings in the main menu > more functions, the button can be added also to the main screen) 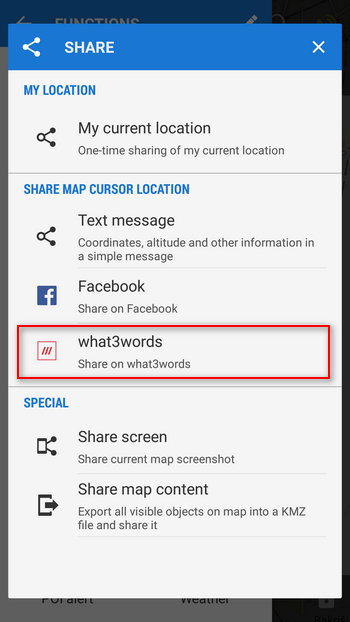 Share the address via services available in your phone or tablet. 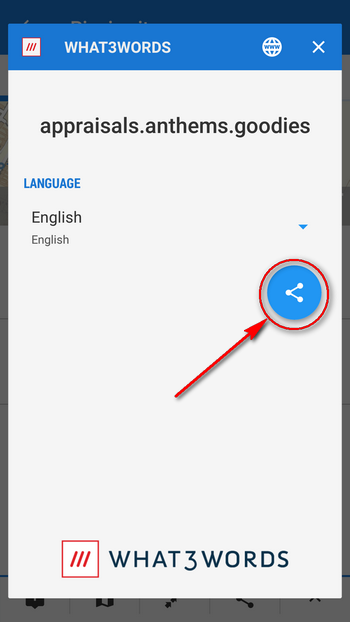 How to find the place with the what3words address? 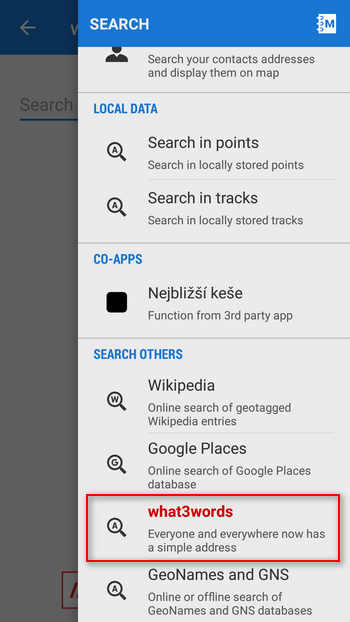 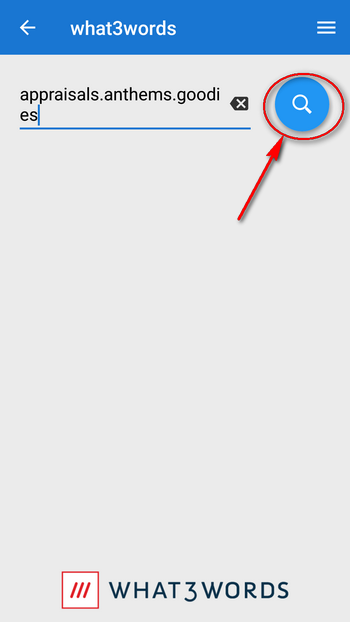 The place with the address appears on the map. 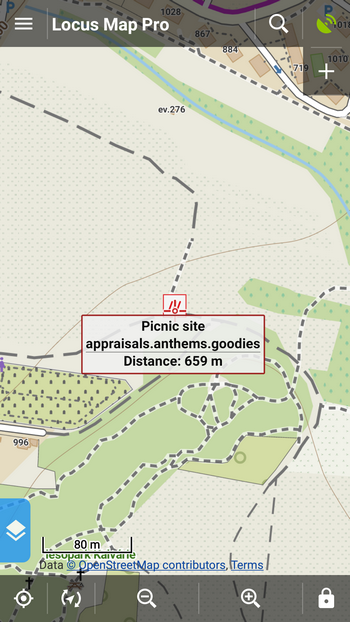 The feature can be used anywhere on Earth. How simple! Of course, Locus offers even more options – you can share what3words addresses of your own points, of starting points of your planned routes, points of interest on map, of geocaches etc. What3words addresses can be displayed not only in Locus but also on the what3words web map or in their native app. And more supporting apps are coming. However, one thing is interesting – global map servers like Google Maps or Bing haven’t been supporting this project yet.