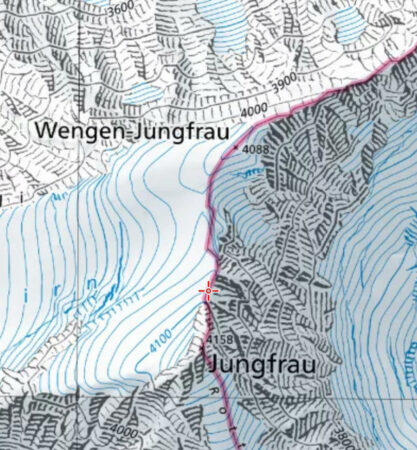 Free Swisstopo maps and other news in the current Locus Map 4.3

We have the summer season in full swing, and despite the fact that some of our team are enjoying a well-deserved holiday (we greet Radim to the Baltics :), the rest are working tirelessly to constantly improve your favorite navigation app.

The latest update brings one quite fundamental news. The publisher of the Swisstopo maps, traditional quality maps of Switzerland, recently decided to provide its maps and aerial photographs free of charge. Not only on their own platforms, but also through third-party applications.

Not so long ago, the French IGN decided to take a similar step. And so we are very happy that we can offer our users some more available map materials in unprecedented quality. We now have Swisstopo available online – topographic, aerial maps and maps for paragliders – and we have uploaded the latest Swisstopo offline packages to the Locus Store. In addition, winter maps with ski trails will be added later for the winter season.

WMTS – even more maps than you expected

Many of you could not wait to get full access to WMT services. WMTS provides access to a myriad of maps of all kinds and purposes around the world. So it’s finally here!

In order to be able to quickly navigate among so many resources, we have also modified our library. It is now possible not only to search it in full text, but also to filter maps by categories. So we’ve added tagging for better map sorting. The possibility of user rating will also contribute to a better orientation between resources according to quality.

Use Locus always with unlocked screen

The possibility of deactivating the system screen lock for returning to Locus without the need to unlock has been in the app for many years. Nevertheless, new system solutions and increasingly “unbreakable” locks of some phones forced us to rework the original solution over time. The result is a simple system that (perhaps) handles all blockages. It allows you to work with navigation comfortably while maintaining all current safety standards.

Navigation panels to your liking

Panels with navigation commands, with the name of the street you are riding along and with statistics have been fixed so far without any possibility of editing. Starting with version 4.3, you can reduce the size or remove the box with the intersection shape indicator, and the statistics and street name panels can be hidden, according to your needs.

The original navigation options panel, located in the center of the screen, unnecessarily obscured the route map, so we moved it to the bottom edge:

Owners of devices with Android 9+ can get now a much wider view of the map. Beginning with this version the operating system allows you to display content below the system bars, so you again get a little more space for the map. And what’s more, it looks great:

You won’t lose your data anymore

System cleaners in some phones (we don’t want to point the finger at Xiaomi) are a threat to many applications, including Locus Map. They often delete user data quite arbitrarily, in our case especially routes and points (caches). Therefore, we strongly recommend setting up automatic backup to external storage (SD card or even better to the cloud).

However, Premium Gold subscribers have an extra advantage – we have modified our synchronization service to make it even easier to recover data that you did not lose through your own fault. Just start the synchronization after starting and detecting the loss of data – and everything will return to its place from the backup on our server.

At the beginning of the ages, Android gave us complete freedom in deciding where to store our routes, points or maps. It went to the internal memory, it went unlimited to the SD card, nothing was a problem. Then, Android 4.4.2 arrived. And with it a ban on writing to the SD card. Locus Map was suddenly almost impossible to use. Somehow we struggled with that, Android 5 brought a partial release of conditions, and vector maps, elevation data and backups could be stored on the SD card.

Now, however, another limitation is coming – from October 2021, it will not be possible to use the main branch of the internal memory for the Locus working directory in Android 11. This will be allowed only in the private folder Android/data/menion.android.locus/files, which is located either in the internal memory or on the SD card.

In this new version, it is now possible to test transferring the main directory to a new folder, including all the data contained in it. You can find the switch in Locus settings > Miscellaneous.

So, update quickly and get outdoors to test everything!