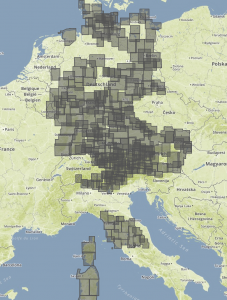 It’s not so long ago when we informed here about the release of 3.19 version, full of changes, fixes, and above all, new maps of U.S. Nevertheless, we had something left in a drawer so we decided to release another version right after two weeks. 3.20, again, is mainly about new maps, this time of Europe and Middle East.

Kompass is not Compass

One of the biggest European cartographic publishing houses offers in Locus digital maps of Austria, Germany, northern and middle Italy, Sardinia, Corsica and other areas. See the mapsheet overview: 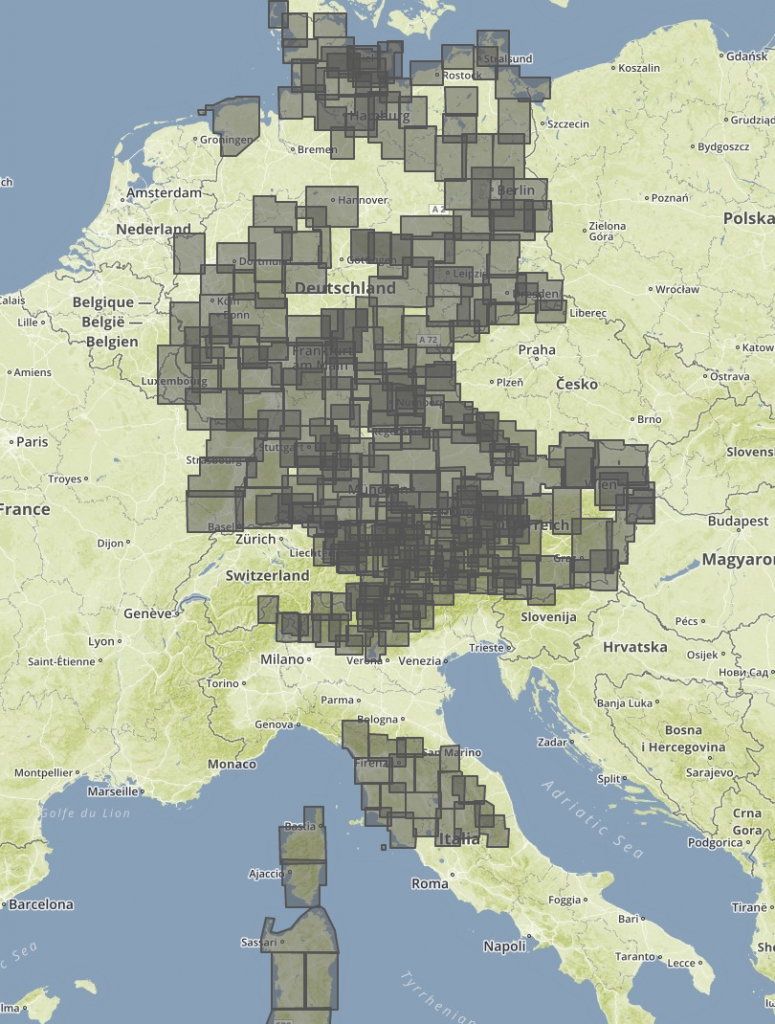 The maps excel in  clean and clear drawing and are zoomable in several levels. They display marked hiking paths, cycling routes and symbols of tourist facilities and attractions. Kompass maps are available in the form of offline packages, containing particular map area, furthermore, it’s possible to define your own custom map crop and zooms.

Traditional Polish hiking maps producer has prepared almost whole portfolio of their maps for Locus, including the most attractive locations of Poland and partially also of western Ukraine. The maps are available in individual map packets: 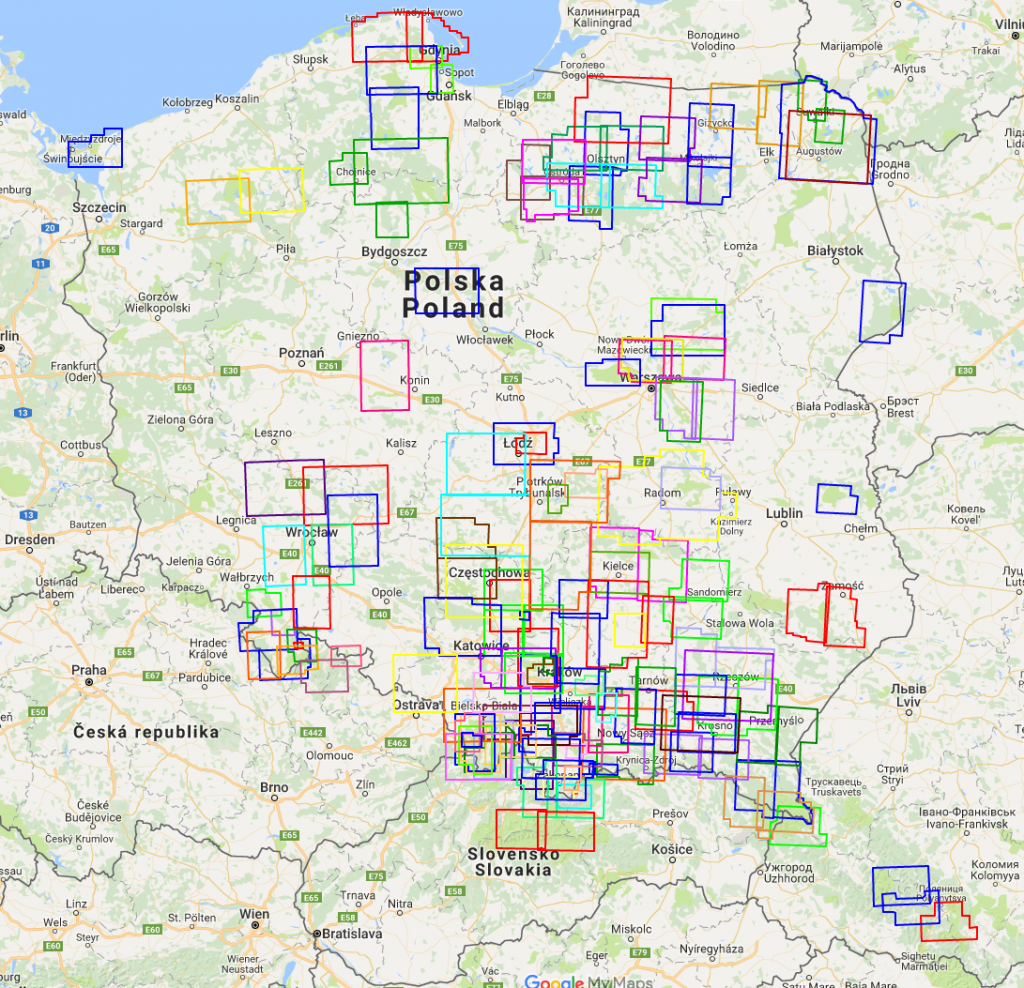 Maps are drawn in one scale, basically 1:50 000, and other zooms are, therefore,  rendered as its augmentations, respectively diminutions. Anyway, the maps are structured very nicely and in great detail. They contain network of marked hiking and cycling routes, horse-riding routes and sailing routes on the big lakes of the North. Of course, complete tourist facilities and natural and architectural attractions list is included.

Hiking for free in Israel

Very accurate and detailed hiking maps of the lands of our biblical predecessors are provided by the Israelhiking map server. The maps are based on OpenStreetMap and include also terrain shading. The map covers complete area of the state of Israel including Gaza strip and the West Bank:

The map is available in Locus Store in three versions – hiking, MTB and hiking trails network without background that can be displayed above any other map of the area through the  Map overlay function. All maps can be downloaded to offline for free.

That’s all about maps and now let’s talk about some news in the app control:

The problematics of points creating a route in Locus may seem a bit tricky – Locus as a global app reflects a few approaches at once and not always it’s simple to tackle them right and to explain everything precisely. Many of you were puzzled by the bunch of icons above the route points after manual drawing without router’s assistance. We had no clue how many users draw routes point by point and primarily we promoted the option of router-assisted route drawing planning. However, upon your numerous requests we re-assessed our approach and the result is as follows:

As you know, that’s not all – other changes and improvements are listed in  the changelog that can be viewed from the main menu > about app. 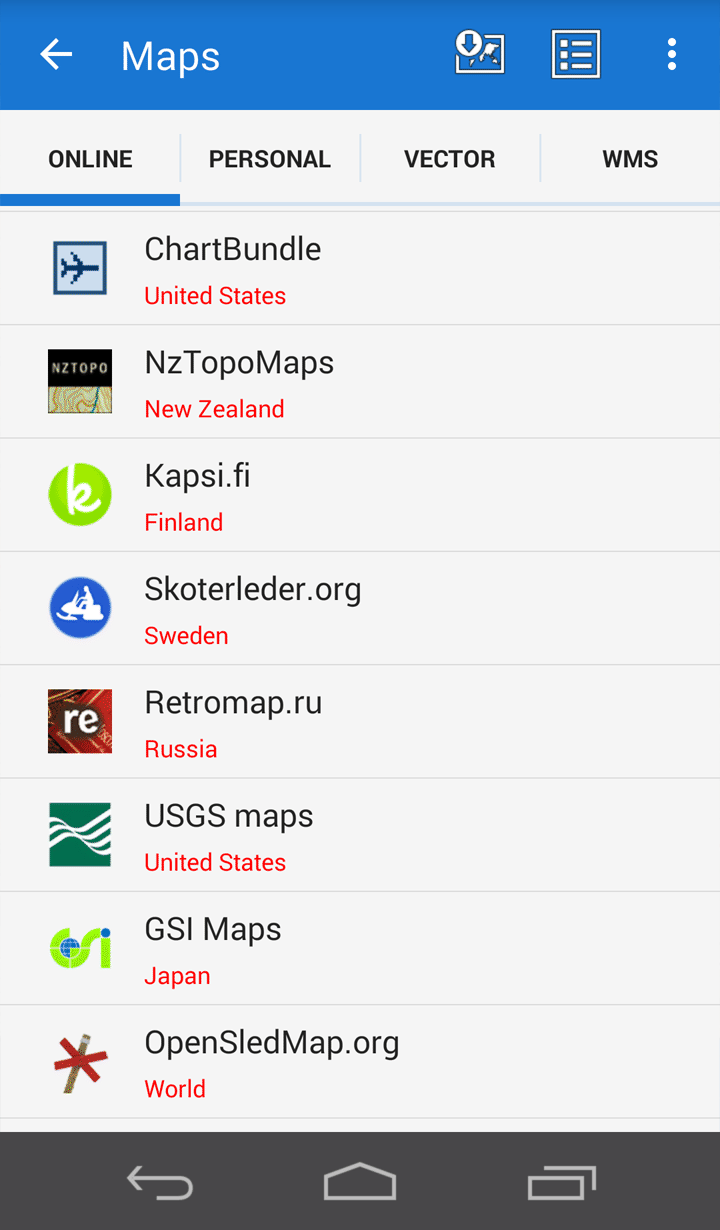 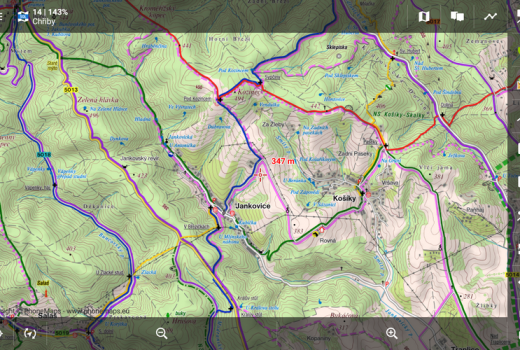 Old-new map? What? The title is boasting that all is just new! Yes and no, the truth is somewhere in… 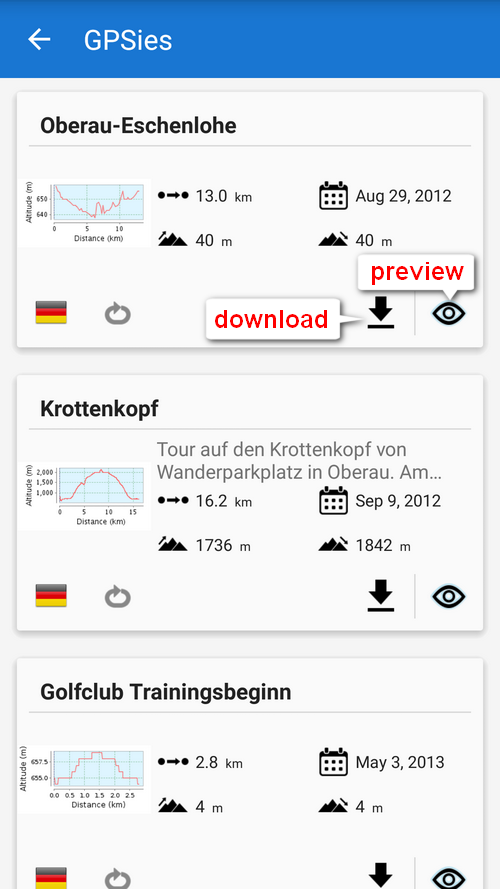 Loads of features. Loads of maps to download. Loads of settings and customizations. One thing was missing - loads of…