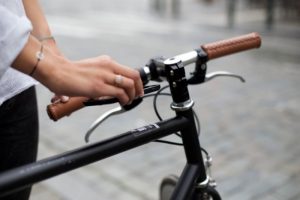 NFC ends in Locus. But Locus doesn’t end with NFC! 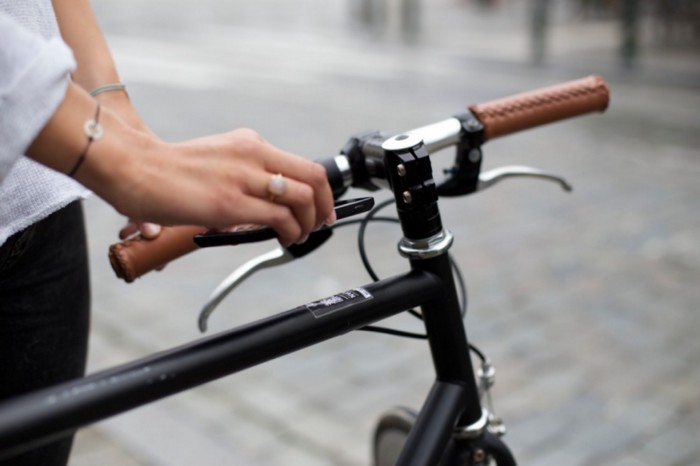 Rise and fall of NFC in Locus

NFC (Near Field Communication) started to gain popularity some time in 2014 when Google and Apple introduced their wireless payment services based on this technology. In the same year we added support of NFC into Locus Map.

The main idea was to simplify and quicken some repeating operations like setting something up, switching ON/OFF, etc. An NFC tag on a bike handlebar triggering track recording was the typical goal.

Unfortunately, the capacity of NFC tags was very low and taking their price into account, NFC in Locus was used very rarely. Therefore, we resolved to remove it from Locus Map.

But NFC is not dead!

That’s right, it is possible to use an NFC tag to trigger a complex action like launching Locus Map, selecting a Preset and starting track recording:

In 2018, we introduced Action tasks, an alternate concept of controlling Locus Map via Broadcast intents. All possibilities of the concept are documented in our Locus API repository. With this method, one application is able to send data (text, numbers…) to another application. Locus Map is able to catch such intent and do what the other app requires. More info about creating Action tasks >>

Tasks are for the Tasker (or MacroDroid)

To execute a string of tasks, we need an auxiliary. This can be for example Tasker or MacroDroid. Tasker is a very powerful tool but also a very complex and difficult to handle. MacroDroid is a bit more user friendly and for our purpose suitable enough. See how to create a MacroDroid Macro >>

Use NFC as the trigger

So, we have the Action task, we know how to set up MacroDroid. Now we have to specify NFC as the trigger of the task string. 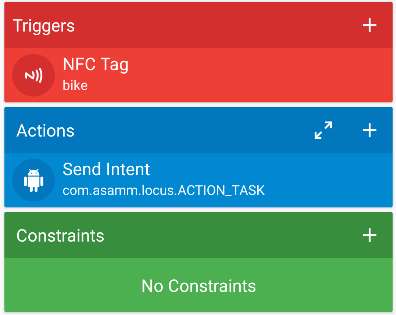 And that’s it! We know, all this sounds pretty geeky but finally, all the effort was worth it. Now, prepare your nice new waterproof NFC tag sticker, place it on your bike and get some riding!

based on Menion’s articles at Medium