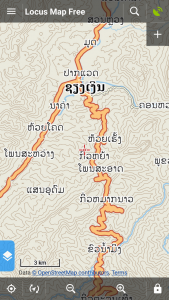 Despite the summer vacations are only a bit behind its middle, we have been extensively developing and testing. Huge work has been done on the new Route planner and Track editor – both in brand new screens, new UI, with new functionality. However, we are still not absolutely satisfied with them and we must also include results of their public testing in their final appearance so a bit more work must be done on them. So, you have to look forward to them a little longer :). Nevertheless, we decided to publish a new Locus version as we managed to finish many other things:

Our World is pretty colorful, you know that. And not only in colors but also in languages and alphabets. Latin alphabet is generally known but in many countries a Westerner has problem with reading local names. Fortunately, the OpenStreetMap project enables displaying multi-language names of cities and villages in many countries. For example, Laos. A beautiful country with booming tourism, luring more and more adventurers. Laos alphabet, however, might be quite tricky for many of them. Our LoMaps, rendered from OSM data, can help – you can switch the language of the map in something more understandable. 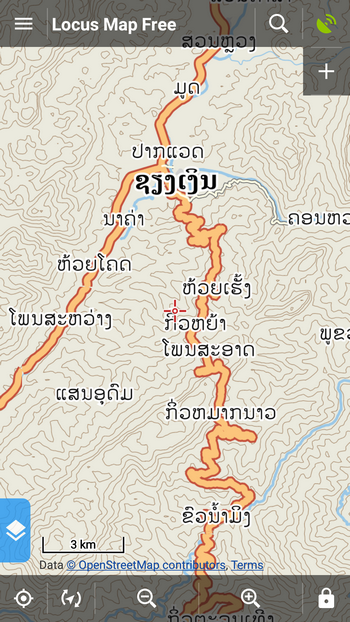 The language switch can be found in the map detail screen: 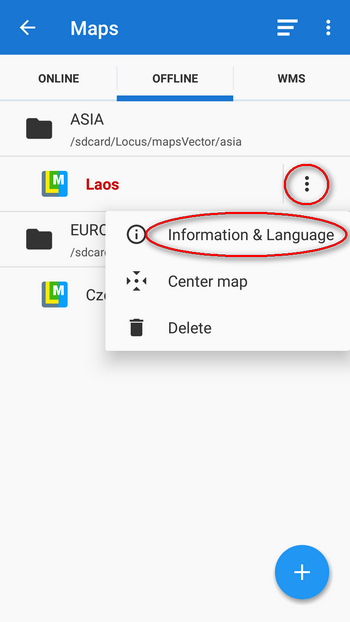 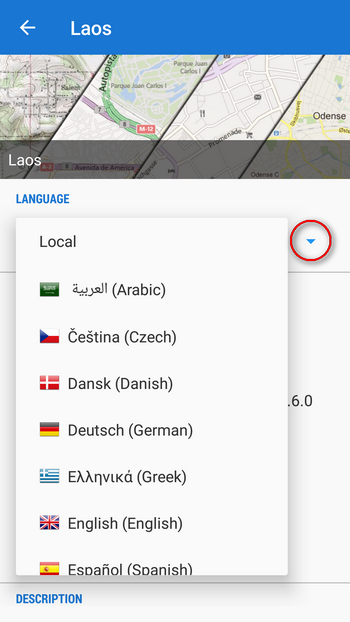 The same map after switching it to English: 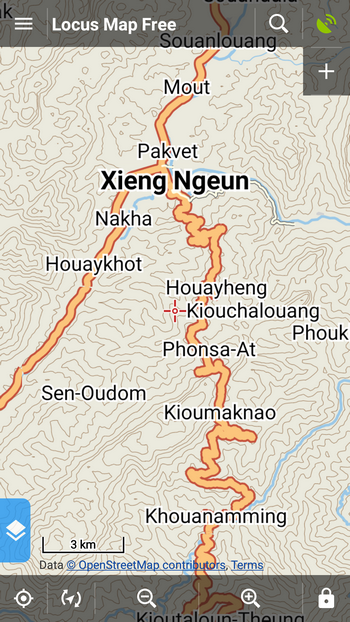 We’ve added a new online routing service to our portfolio – online GraphHopper. Some of you have probably used its offline version in Locus via a GraphHopper add-on which is, to be honest, still in a sort of alpha version. This online version, however, works amazingly fast and consumes only a tiny portion of your mobile data (FUP) – in a range of just tens of kilobytes. Here in Europe where the extra charges for data roaming have been abolished it’s pretty nice. 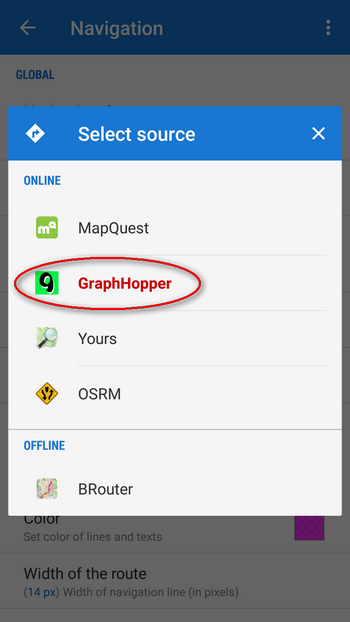 When you want to start navigation, just choose your target and then means of your transport (a.k.a. navigation profile). GraphHopper offers “car“, three kinds of bike – “cycle“, “MTB” and “racing” and two types of walk – “walk” and “hike“: 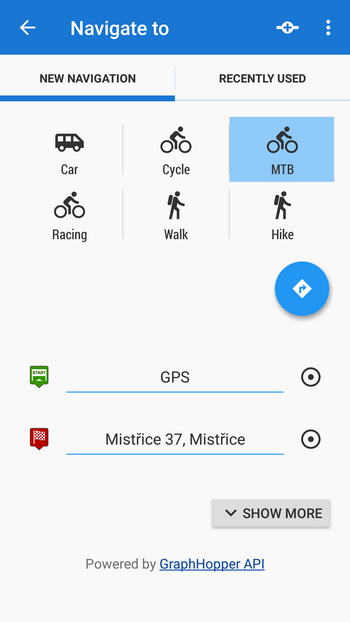 Many of you wished to have the option to set different layouts of function panels for various activities with one or two clicks: 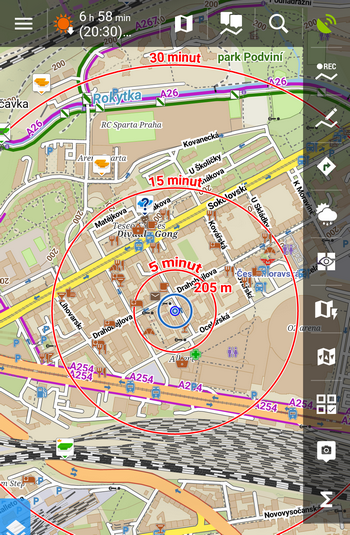 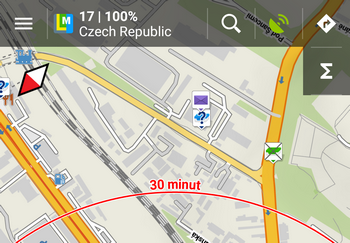 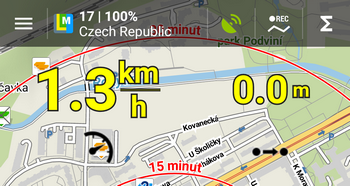 Since launching Locus Presets we’ve been close to it. Now, finally, we found a way how to implement function panels settings in Presets. If you need to re-set function panels position by one click, you have to switch this option on first:

1. open Presets and check the “advanced mode” in the topbar: 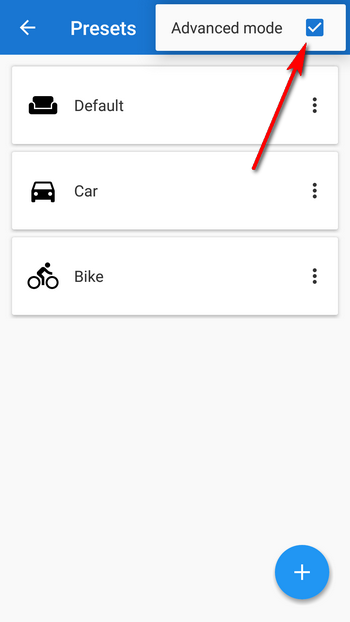 2. Select the Preset you want to adjust and tap “Edit“: 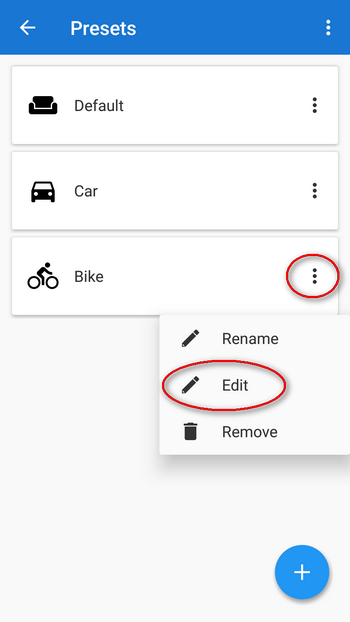 3. Go to the Preset settings mode: 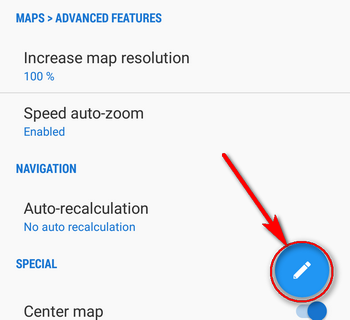 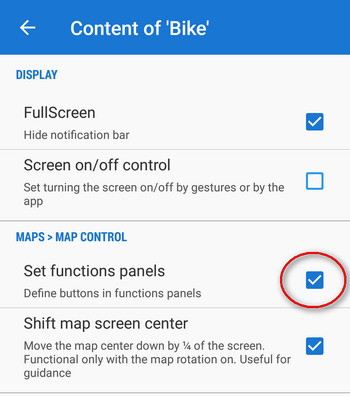 The option to set functions panels appears in the Preset. You can set the panels as you are used to. 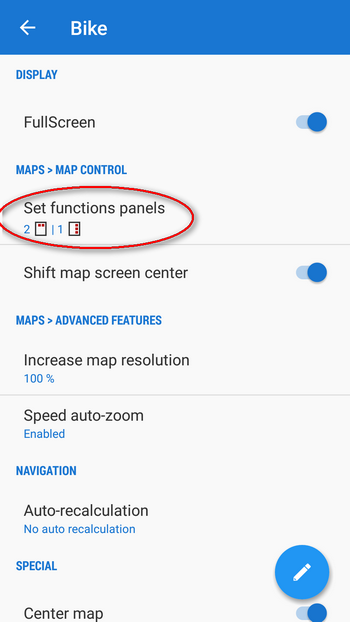 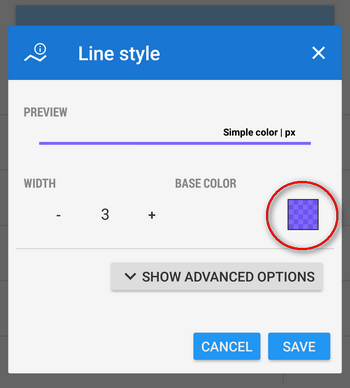 Locus line color manager has been also significantly improved. Firstly, we reworked the basic color selection so that it contains colors easily distinguishable on map: 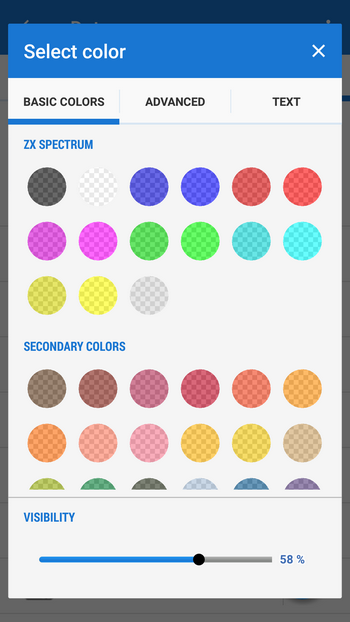 You don’t have to confirm your color selection as before. Just tap the color and your new line color is set.

The advanced color picker stays as it was because it’s just perfect :): 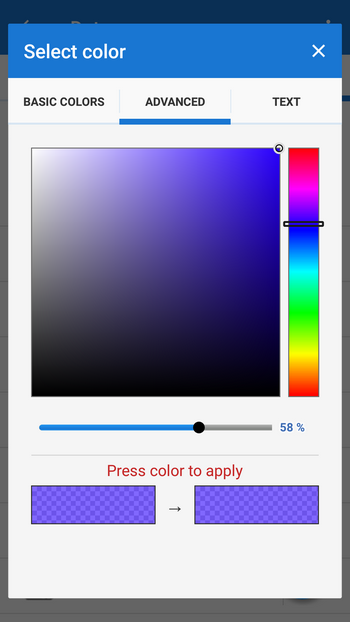 For super-geeks we’ve added an option to define colors by codes – in HEX, RGB and HSV modes: 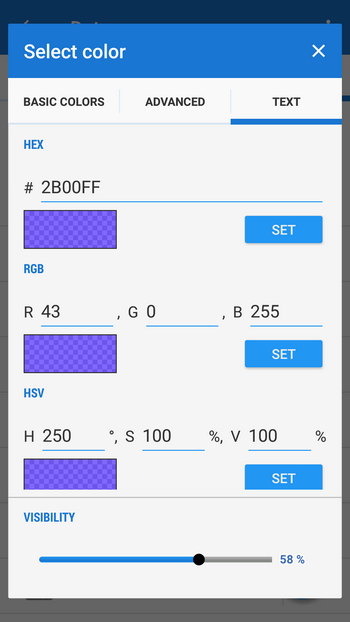 Nice, isn’t it? And, of course, it’s not all but we don’t want you to spent your vacation reading the whole list of changes, improvements and fixes the new version offers. And if by any chance you are interested, you can find it on the traditional place – in Locus menu > About application > Release notes.