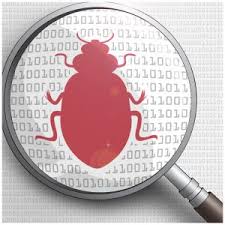 Stuck Locus Map Pro initialization, missing geocache listing, impossibility to send offline logs or Locus being killed on new Huawei phones – these are problems upsetting not just many of our users but also us, Locus developers. None of them, however, are caused by our fault. Here we summarize information describing the issues and their possible solutions:

This issue was caused by a faulty version of Google Play application. Locus Map Pro validates its license through it and the process was interrupted.

Update your Google Play to version number 10.7.19. (you can check your version via Google Play store > Menu > Settings > “Build version”).  New Google Play app version isn’t still available for all devices but we expect that should be ready for everyone soon.

In case you don’t want to wait for official update there is still following workaround:

A few months ago Groundspeak Inc., company behind Geocaching.com, decided to terminate displaying of listing of geocaches downloaded by Basic members through third party applications.

Issue 3: It is not possible to log in to Geocaching Live services

Groundspeak Inc., provider of Geocaching.com website, has resolved to terminate support of older communication protocols used in Android 4.0.3, 4.0.4., 4.1, 4.2 and 4.4

Huawei/Honor devices are put into some deep sleep mode after some time and all GPS-dependent apps running on background (i.e. not only Locus Map) are inhibited or terminated.

As the issue is caused by Huawei system (EMUI) error (being now solved by Huawei and Google Services developers), it is now not possible to keep Locus Map stable on these devices.

Here you can monitor latest development of this issue >>